Have you ever felt a sense of boredom as you listen to your playlist for the tenth time that week while you journey to work? Or felt burnt out on your long travels, and need a little encouragement to keep going? You may not realize it, but it’s a clear sign that you need more diversity in your music. Perhaps it’s a change in genre, or even a change in language. That may sound daunting, but fret not for I have curated for you a list of the best artists to listen to while you are on the go. So sit back, relax and listen on!

A British pop-rock band formed in 2012, members of The Vamps include Brad Simpson, Connor Ball, James Mcvey, and Tristan Evans. Having rose to fame shortly after their debut in 2012, they differentiate themselves from One Direction (disbanded) by highlighting their talents in co-writing songs, and having formed their band on their own.

Can We Dance, I Found A Girl, Just My Type, Somebody To You

Otherwise known as 5SOS, 5 Seconds of Summer is an Australian Band consisting of Ashwin Irwin (drums), Luke Hemmings (lead vocalist), Michael Clifford (guitar) and Calum Hood (bass guitar). Formed in 2011, they started by sharing their songs on YouTube before being scouted by labels, and eventually signed to Sony/ATV Music Publishing.

Mamamoo is a Korean-pop (K-Pop) girl group that debuted in 2014 featuring Solar, Hwasa, Moonbyul and Wheein. Arguably the best girl group in K-pop history due to their distinct personalities, Mamamoo has been known for their confidence and promotion of different body types. K-Pop culture favors skinny girls with fair skin due to cultural preferences, and Hwasa of Mamamoo has been labelled as one of the K-pop queens for breaking out of the standard of ‘beauty’ by proudly showing off her pear-shaped body and tan skin. However, it’s been rumored that the group may be disbanding for them to further their careers as individual artistes.

Dan Reynolds, Wayne Sermon, Ben Mckee, Daniel Platzman got together in 2012 to form a band to produce alternative rock music, and Imagine Dragons was born. Thanks to their music breakthroughs on the Billboard since their debut, they have been labelled as the biggest rock hit. They are best known for their catchy songs and intricate melodies.

Made up of Jonah Marsia, Corbyn Besson, Daniel Seavey, Jack Avert and Zach Herron, this American boy band was formed in 2016. Despite being a relatively young band, they made a breakthrough merely months after their debut thanks to their rapid pace of music production and promotions. Within months of their debut, they released a second album and went on a tour. Granted that they were already solo artists prior to forming a band, their astonishing success is not without reason. Their tuneful music and appealing looks have helped gain millions of fans over the globe.

Best songs: What Am I, Unbelievable, Big Plans

Unlike the other groups on this list, Ed Sheeran is a solo singer, a songwriter and a producer. As a well-rounded artist, Ed Sheeran started his music career in 2006. From selling his own recorded CDs to performing open ceremonies for well-known artistes, he had built up an impressive fanbase with his memorable melodies even before he was officially signed by Atlantic Records in 2011.

Sing, Castle On The Hill, Shape Of You, Thinking Out Loud

Formerly a 7 person group, this K-Pop and Hip Hop group consisted of BI, Jinhwan, Yunhyeong, Bobby, Donghyuk, Ju-ne and Chanwoo. They rose to international acclaim in early 2018 with their single “Love Scenario”. In 2019, they lost their member and leader, BI, as to their company, YE Entertainment, terminated his contract due to allegations of him abusing drugs. Despite the loss of their main composer-lyricist, this group has released their new EP and continued with their world tour.

So there you have it! This list has a lot of Pop and Hip Hop groups, but trust me that these songs are the go-to when travelling is beginning to feel like a chore. I hope that this list exposed you to some new artists (and their great songs), and your future journeys get a little easier!

Thanks for dropping by :)) If you liked my content, do check out my travel blog at https://themapleaf.com

Music is omnipresent, divine and for everybody. Music has no religion, color, caste or creed. It affects every soul on the earth in the same way as it affects you and me. Now you can listen to the best music of any country in one tap or maybe in two, on your smartphone anytime anywhere. The technology has vastly improved the quality of music but to appreciate and listen to the same one requires good music playing apps. Your search for the best music apps for your smartphone is about to end. All the features of the music apps have been discussed below.

Check out the best music apps for android and apple.

Google Music: Google Music is one of the strongest competitors of Spotify and Amazon Music. It continuously adds new music released across the globe. Its biggest advantage is that it allows you to store 50,000 songs… 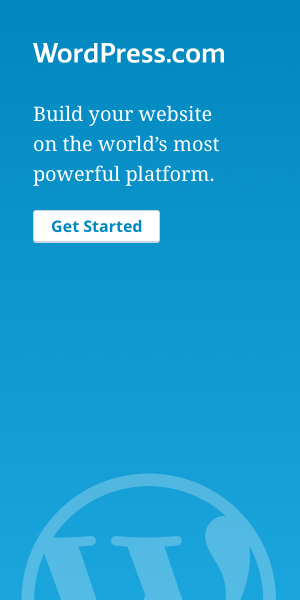